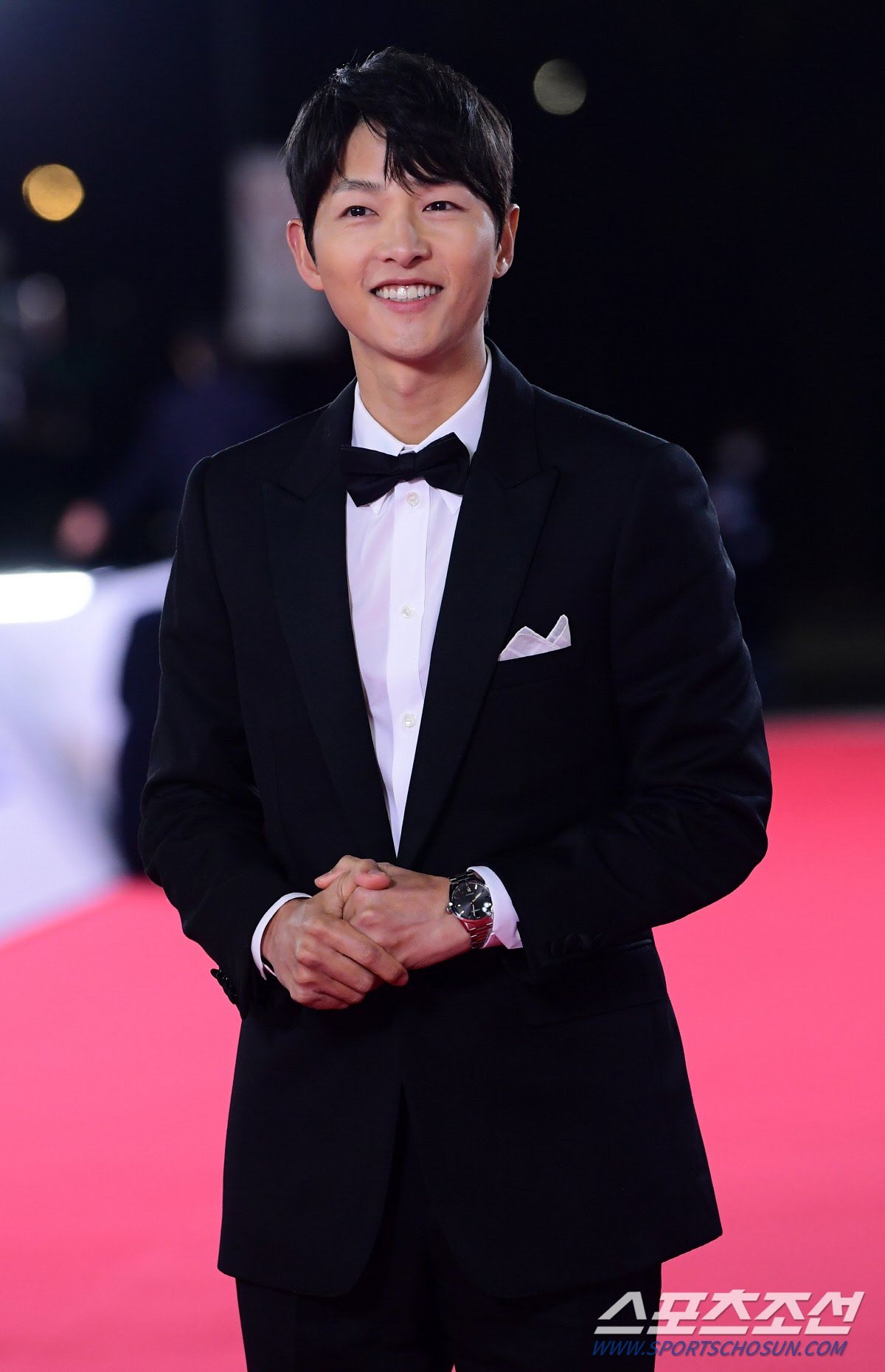 The event was held on November 26 at KBS Hall in Yeouido, Seoul, organized by Sports Chosun to highlight excellence in Korean cinema. It was broadcast on KBS2. 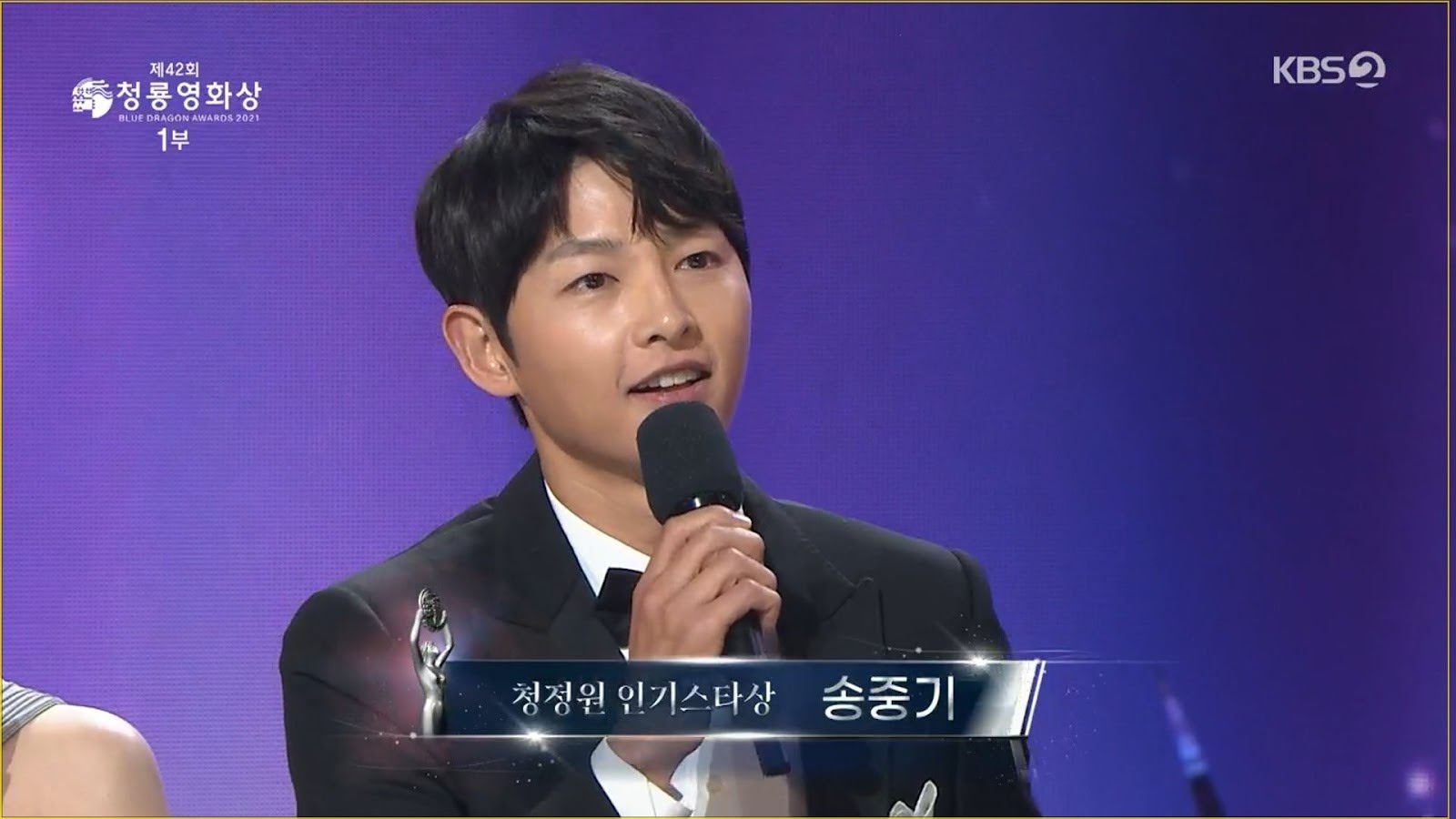 Despite the Space Sweepers actor not winning the “Best Actor” award this time around (Sol Kyung Gu won for The Book of Fish), he picked up one of the most coveted awards: the prestigious “Chung Jung Won Popular Star Award.” His company History D&C shared a sweet photo of Song Joong Ki looking stylish as ever in a tux, holding his trophy and a bouquet!

If that wasn’t enough to make our Song Joong Ki-loving hearts swoon, there’s more. He and his Vincenzo co-star Jeon Yeo Been reunited at the event, and their interactions have us in the feels.

who's crying with me

In fact, Jeon Yeo Been was one of the other recipients of the “Popular Star Award!” She, Song Joong Ki, and Girls’ Generation‘s YoonA all received trophies. 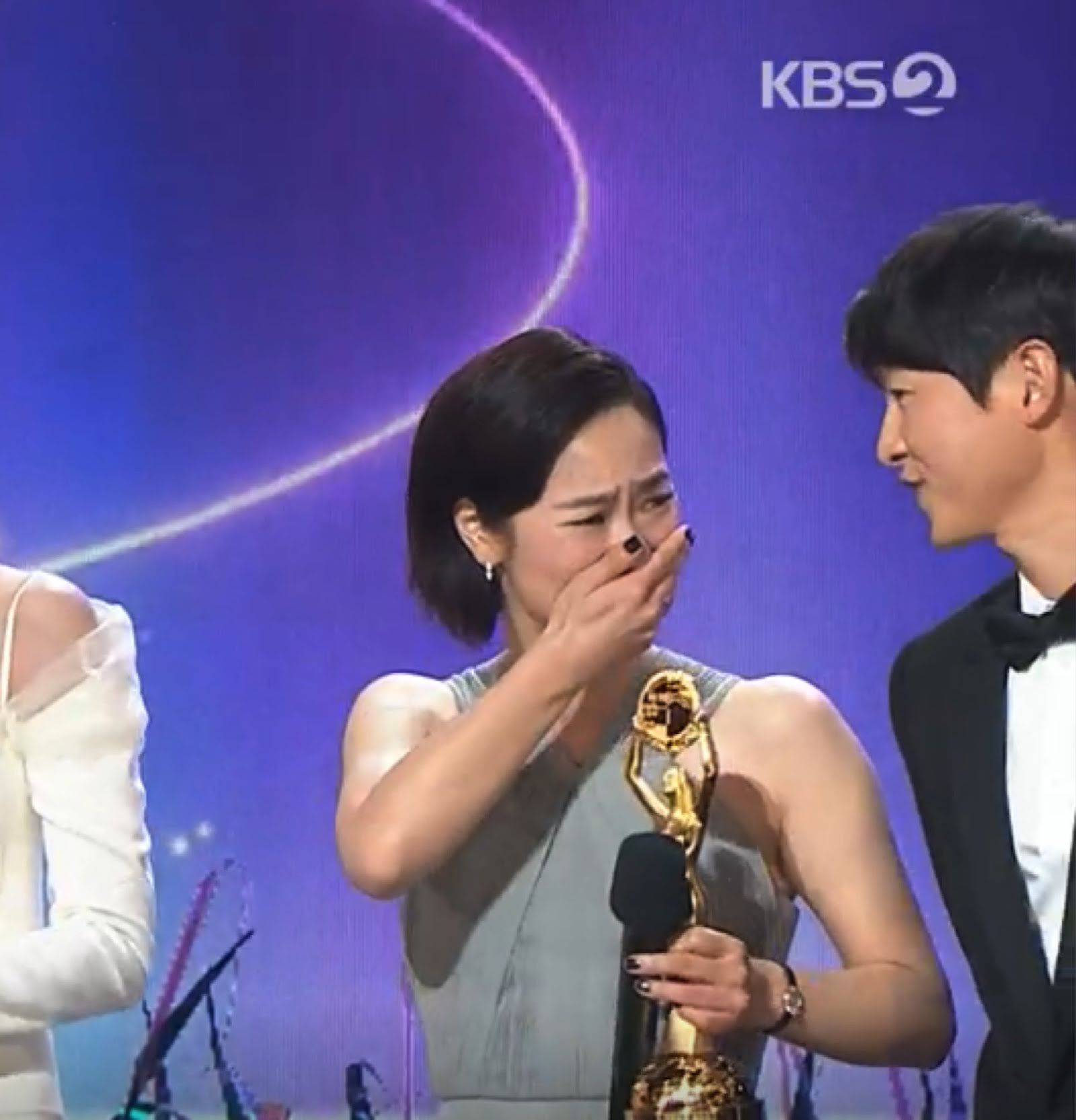 If you weren’t already in your feels, the two Vincenzo leads did their trademark “Chacenzo” move: they fist-bumped! BRB, crying. 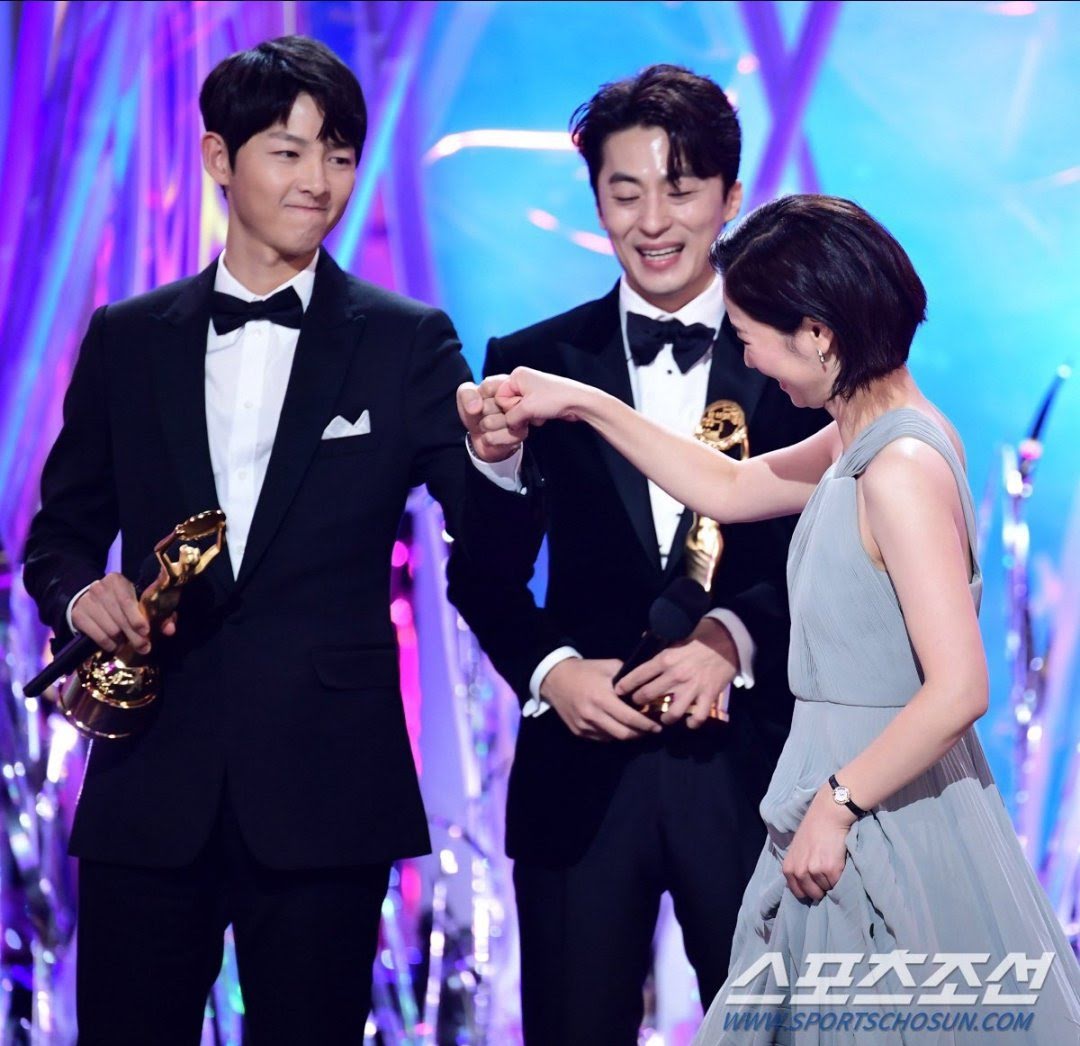 Naturally, fans are all in their feels following the awards ceremony. These two just make us so happy! 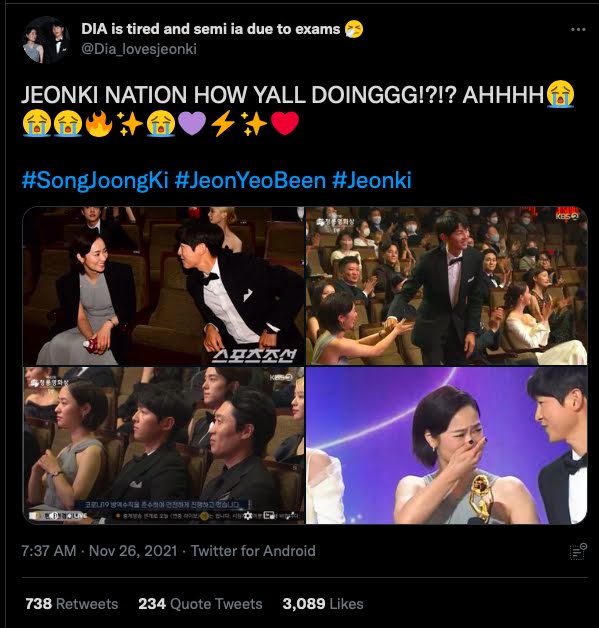 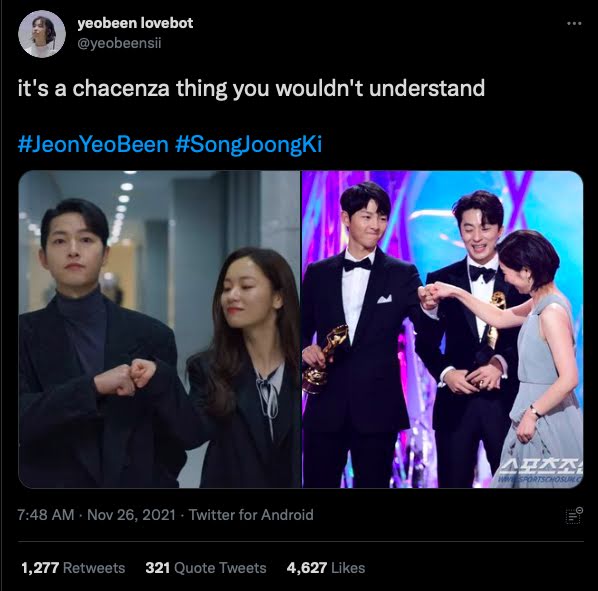 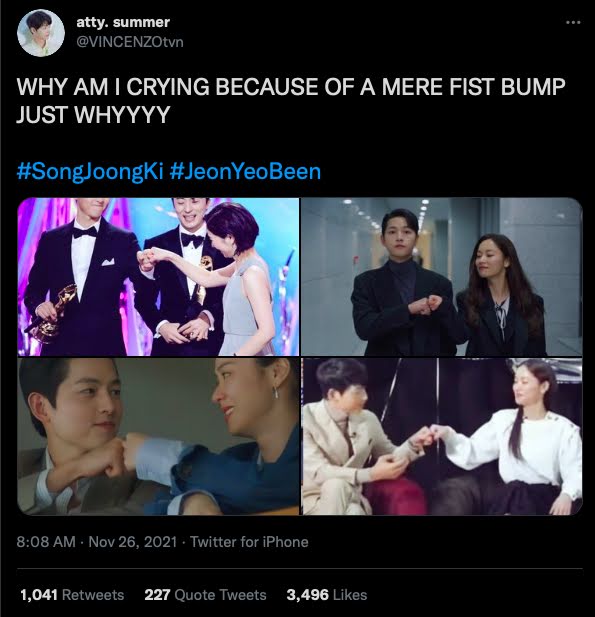 ♬ Is This Love – Aalia

They have one of the best friendships in the industry, and we are 100% here for it. Friendship goals!

with a help of a friend, finally understood joongki

[trans]
yeobeen: since it was so hectic, i don't know what i was saying-
joongki: i didn't know what i'm saying too
yeobeen: you did best
joongki: no no no nooo#JeonYeoBeen #SongJoongKi pic.twitter.com/R9agKJoxpS

Song Joong Ki and Jeon Yo Been’s reunion was definitely the highlight of the evening.