A lucky fan recently spotted EXO‘s Sehun on the streets of Seoul. Not only did he manage to snap a quick selfie with the flawless star, but he also kindly uploaded a review on the artist. As fans were spamming his DMs, he decided to answer everyone once and for all via Instagram stories.

The initial story tagged Sehun and came with the caption, “I saw EXO’s Sehun.” 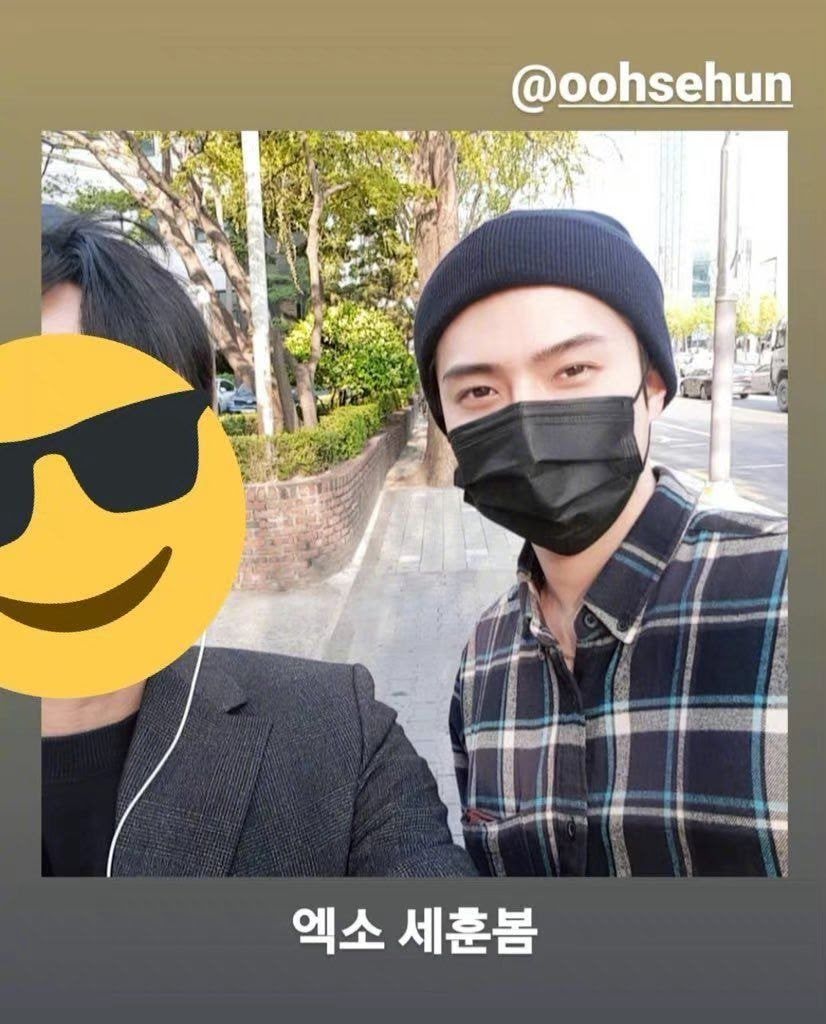 The fan explained that he met Sehun coincidentally on the streets and asked for a photograph. He also hilariously reiterated that the person in the photo was EXO’s Sehun and not the current Seoul mayoral candidate Oh Se Hun — coincidentally, Seoul is undergoing their by-elections for their mayor currently.

I’ll be rounding things up since my DMs exploded.

I met EXO’s Sehun. I met him at the Cheongdam intersection. I’m not talking about the Seoul mayoral candidate Oh Se Hun. His face is really small and he’s tall. He was not with any EXO member and was by himself. He wore a mask, but as I’m a fan, I recognized him instantly. His skin is good. Even if you only can see his eyes, he’s handsome. I’m not gay. He seemed like he was just on a stroll, there was no manager. I begged him to please take a photo with me. His personality is good and his tone was kind. 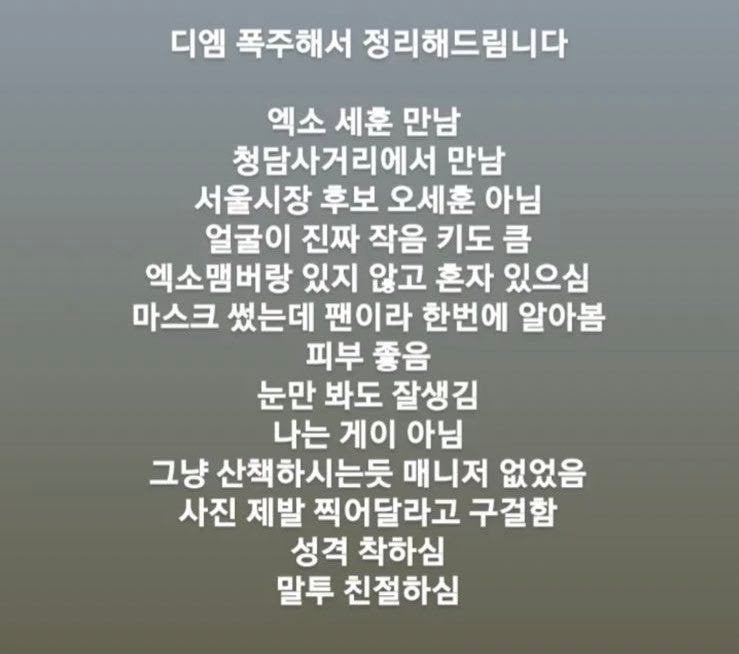 What a stroke of luck! Even living in the same city, it’s hard to run into celebrities.